The World God Only Knows Wiki
Register
Don't have an account?
Sign In
Advertisement
in: Locations, Fictional Places

Maijima City (舞島市 Maijima shi), is a fictional city of The World God Only Knows manga and anime series. It is the city where Keima and the others live. Maijima City is a place that seems to have a high concentration of runaway spirits. The city tree is the "Wild Cherry Blossom", the city flower is the "Bellflower" and the city mascots are the "Maita Family".

It is a new city created with the combination of Misato Town, Maijima Town and Tanaka Town. In the past Majima City seemed to be a mining area, but the industry gradually disappeared when the mines were depleted.

The Shiratori house once owned the island and watched over and supported the town's development.

Maijima Private High School is the school where Keima and Elsie go to.

Maijima Wai Wai Road is a shopping district where Keima and Kusunoki went on a date. It is the place where Keima buys most of his video games.

Game Center: In the series it is known as the place where Keima buys his video games. This is also where he buys everything he needs along with Elsie. He has gotten a high score on a game against Kusunoki of 999 which she only had a score of 728.

This is where the date between Keima and Kusunoki last took place. It is also the place where the battle between Kusunoki's two personalities occurred. Haqua first appeared in the manga here, too.

Café Grandpa is the place where Keima's mother, Mari works, owns and manages. It was once a place used by Denma Katsuragi for pottery class, but was rebuilt to be a café when Keima, Mari, and Keiichi Katsuragi had to find a new house to live in. Café Grandpa is located somewhere near the New Maijima Station.

This is a Dry Cleaning shop whereby it acts as a home and a shop for Miyako's family.

The train station connecting to other places. It is usually used by Keima to go to Narusawa City.

The Inazumart, also known as the Maijima Centre, is a major shopping complex of the city. It is a supermarket, and like the ones in Narusawa City, it a game shop called Joys R Us. Keima and Mari went there to shop because Mari wanted to spend some time with Keima. But it was a birthday present from Keima, for Mari, so she can remember it as a day she spent time with her son. Keima also went there with Elsie to buy some games during Tenri's Arc.

This is only mentioned in the Light Novels. It is a famous amusement park since Keima had done two of his captures, Asami and being with Amami there. Haqua has also enjoyed her time there with Keima on one occasion. Keima was also highly admired by the staff and even named him their "fashion consultant" for anime cosplays.

Maijima Seaside park is an amusement park that had some rather interesting attractions. Among them is the infamous Akanemaru that Chihiro and Keima gone (and kissed) during her conquest. Similarly, during Tenri's Arc, Keima kissed Tenri at the attraction. The boat then made frequent appearances in the series in the Mai-High Festival Arc. There is also a Tall Rock there that acts like a gateway to Hell, unknown to most of the population.

It is also here where Keima and Ayumi had their "marriage" and the setting whereby the mysterious girl tried to commit suicide.

Major Characters from Maijima City include: 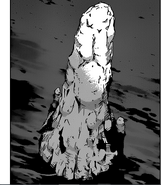